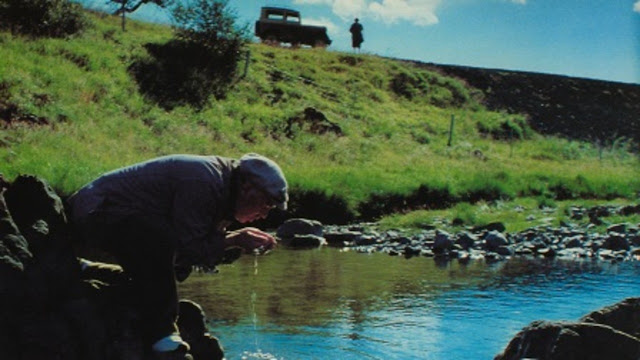 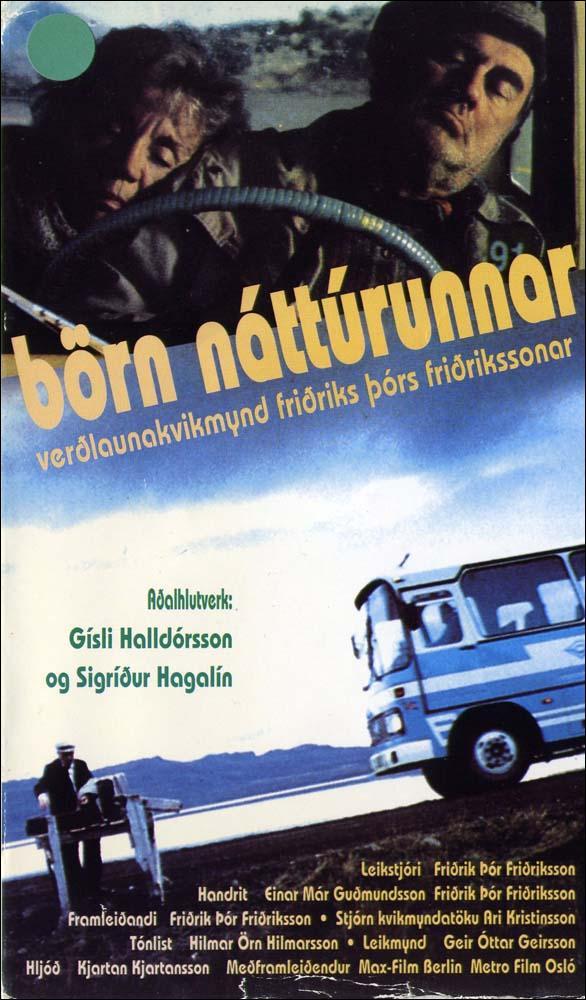 “Children of Nature is not a flawless film but it‘s magic far outstrips it‘s flaws and hasn‘t been bettered before nor since. The film somehow captures the essence of being Icelandic, an essence that seemst to be vanishing but is captured in this film.”
Árni Þórarinsson, novelist and former film critic

“Children of Nature has not been bettered yet. It‘s Iceland‘s Tokyo Story. Although Friðrik Þór doesn‘t reach the level Ozu does he also deals with the inevitable sorrow of life in a sensitive and powerful way. The Icelandic film that comes closest to equal the best of European cinema.”
Jóhann Helgi Heiðdal, philosopher and movie critic at Starafugl 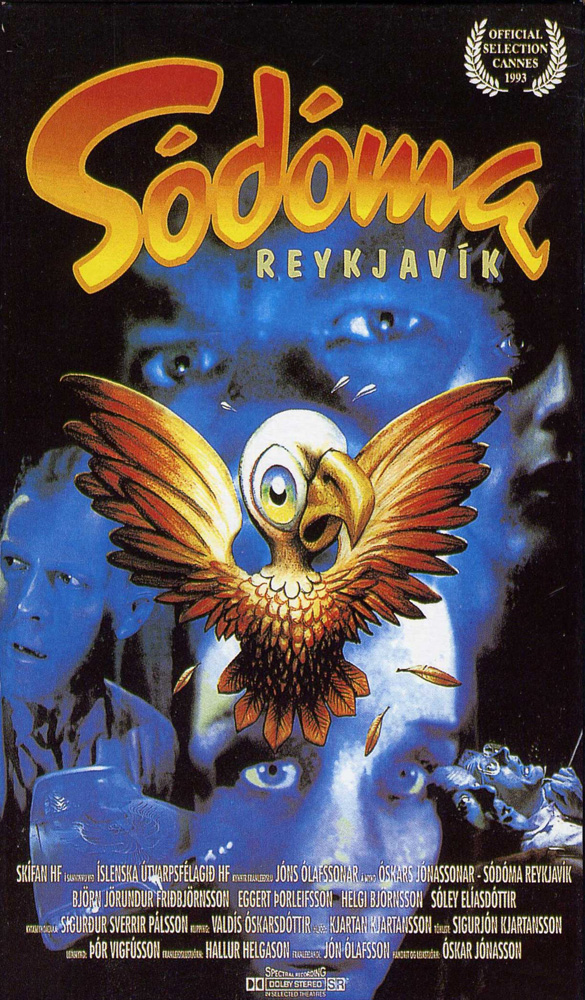 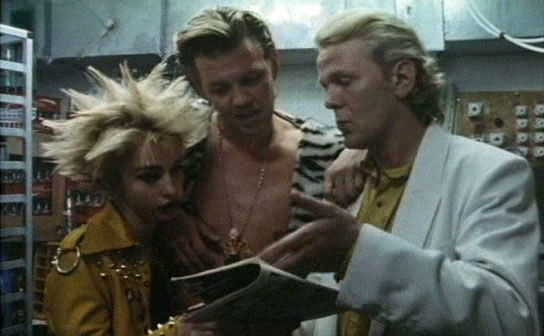 “I think Remote Control is the best Icelandic movie simply because it’s the most entertaining Icelandic movie I’ve seen and because I think it succeeds pretty much perfectly at what it’s aiming to do. It’s funny and clever and original and memorable, filled with colorful and vibrant characters. Director Óskar Jónasson has fun with form and blends Hollywood clichés nicely into Icelandic surroundings. The film is also well shot and edited and full of great music. But overall it’s chock full of quotable lines and thus sits with you long afterwards. Remote Control is a film you can watch again and again, isn’t that what good movies should make you do?”
Atli Sigurjónsson, film critic at Klapptré

“It‘s almost impossible to choose the best Icelandic film. Children of Nature, Life in a Fishbowl, Angels of the Universe and Metalhead all spring to mind. But Remote Control somehow always sticks out from the crowd. You feel something special just happened on set, it‘s like everything came together. The film just works perfectly. A spectacular script, unforgettable characters and great music. Such a film will never be made again. 10 out of 10.”
Jóhann Bjarni Kolbeinsson, journalist at RÚV, the national broadcaster 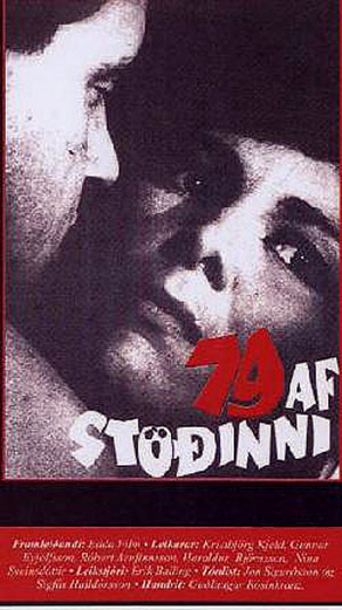 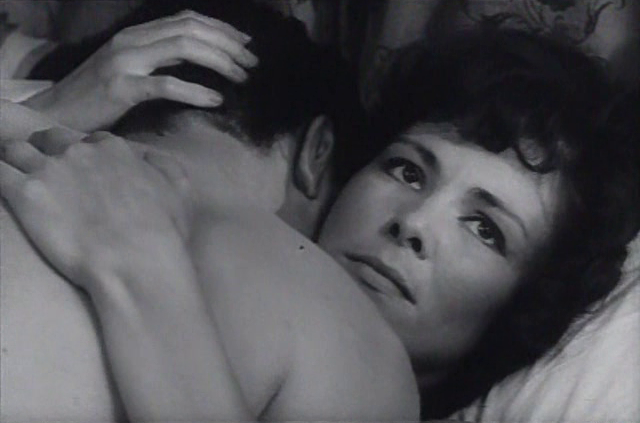 “The film‘s atmosphere is what stays with me, darkness and beauty at the same time and of course the wonderful actors and the great music. The film is also a really good document about the post-war era in Iceland.”
Dögg Mósesdóttir director and chairman of WIFT (Women in Film and Televison) 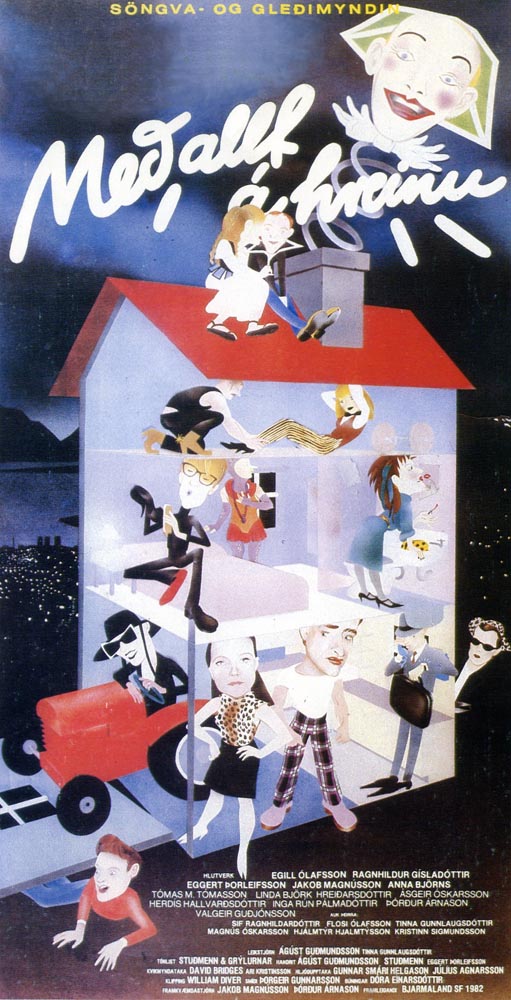 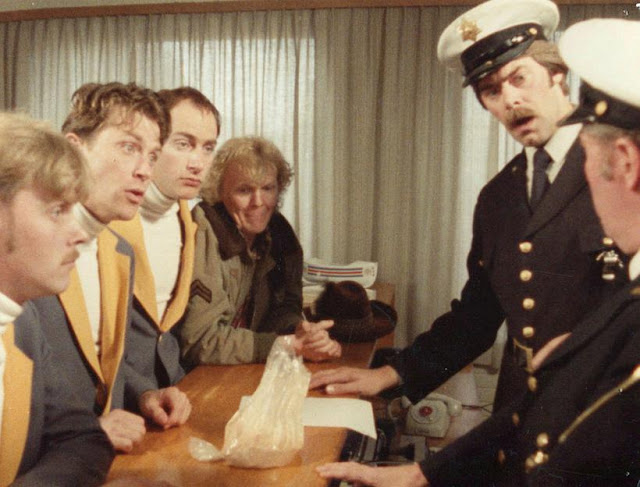 “There are many good films to choose from and in fact it‘s impossible to name the best film. Many come to mind, for example Children of Nature, Noi the Albino, Remote Control, Angels of the Universe… but the one I first think of, and is probably a terribly unoriginal choice, is On Top. It increases happiness, the humour is delightful, the music is great and the lyrics are exceptional. „Fram þær reiddu hálfmána og kex og astraltertur sex“ [lyrics that are quite impossible to translate properly, dealing with intergalactic astral cakes and crescents] and so on. And you can‘t forget the Grýlurnar, two fine bands did battle in the film, Stuðmenn and Grýlurnar / Gærurnar [the film name of Grýlurnar] and the blend is perfect. The phrases come rolling and so it goes, on and on.”
Helgi Snær Sigurðsson, cultural journalist at daily Morgunblaðið 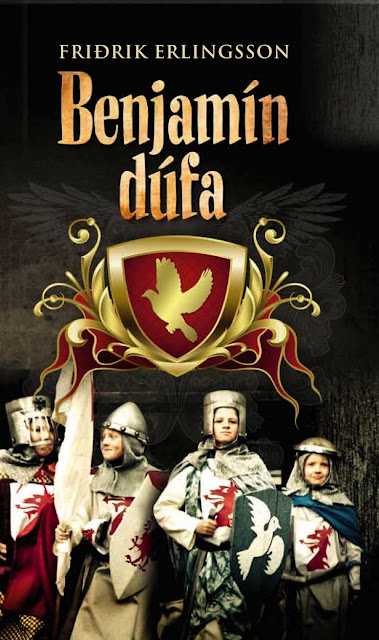 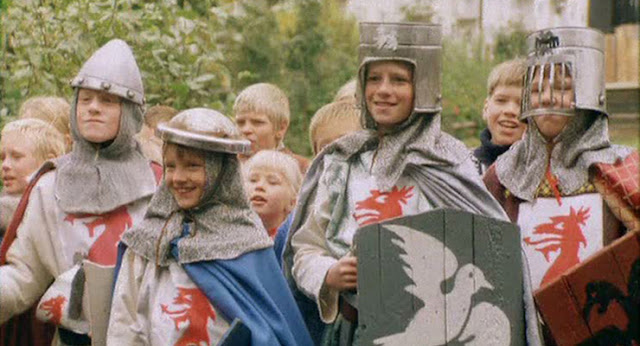 “I am certain we’ve yet to see the best Icelandic film, our film history grows stronger by the year. But to name one film I decided not to include any from the last decade or so, you never know how those films will age. The one I went for is Gísli Snær Erlingsson‘s Benjamin Dove, adapted from Friðrik Erlingsson’s novel. A bittersweet and beautiful film that has all the things the great films have, a strong script, fine acting, great cinematography and great music. All this creates a very solid atmosphere, films are such a jigsaw puzzle to put together and hear all the pieces fall together. But principally it’s the magic, how it touches you deep inside and after seing Benjamin Dove once you never forget it. Other films I‘d like to mention are Noi the Albino and Children of Nature.”
Sigríður Pétursdóttir, film journalist for decades in both radio and TV 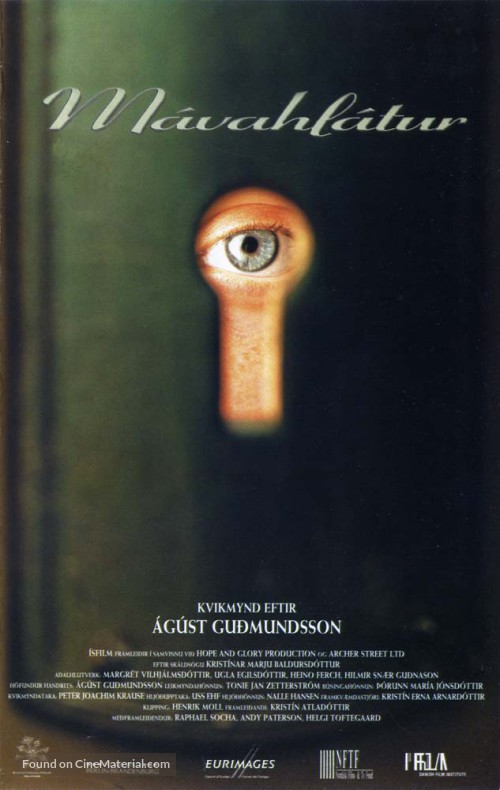 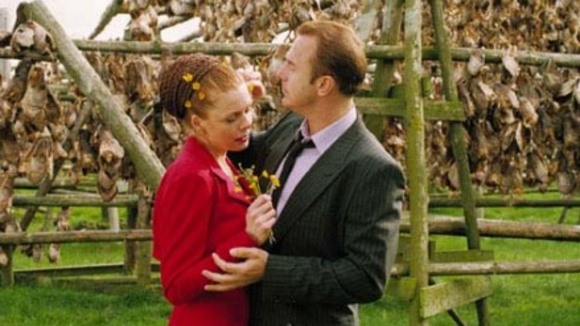 “A very successful adaptation of a novel; a comical crime story, a stormy love story and a memorable coming-of-age story. A very Icelandic period drama that is charmingly isolated in time and space and features a gallery of very memorable characters. Very well done technically, both regarding cinematography, post production and visual canvas. The acting is also top notch and so is the directing.”
Hjördís Stefánsdóttir, film critic at Morgunblaðið daily 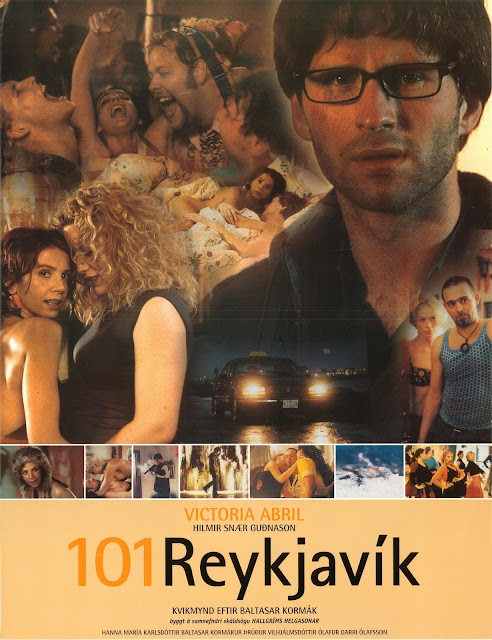 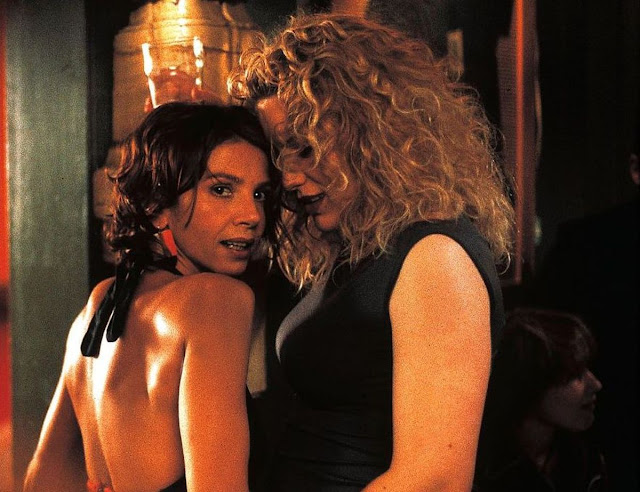 “In my opinion 101 Reykjavík is the best Icelandic film. The script is great, the directing and the editing sophisticated and controlled. The music underscores the daring and funny subtext and the sets look cool. The acting is relaxed yet dynamic, the actors all shaking off the National Theater style by playing off Victoria Abril. When it comes to documentaries Living Dead: HAM is a favourite, a classic just like the band itself.”
Heiða Jóhannsdóttir, adjunct of Cinema Studies at the University of Iceland 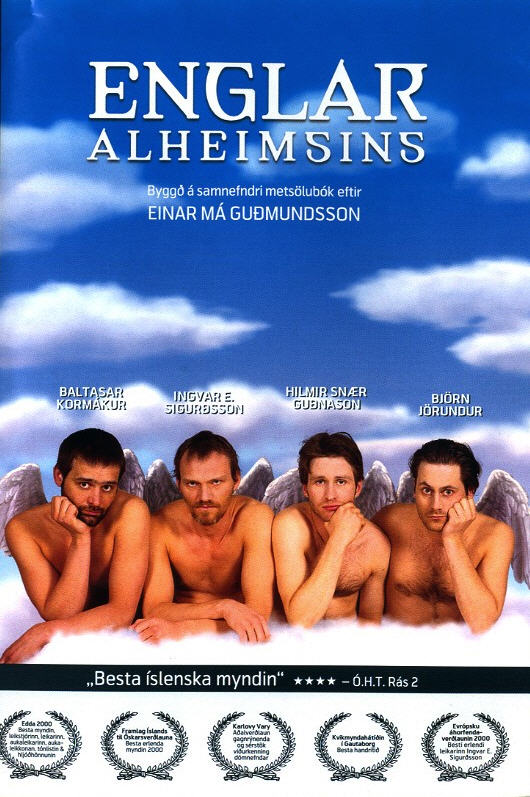 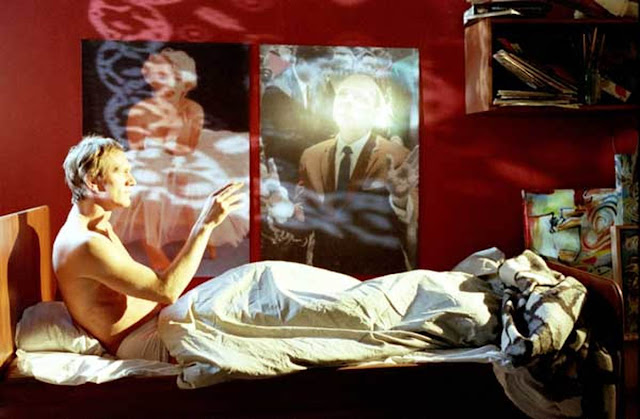 “Angels of the Universe is in my opinion the best Icelandic film. It‘s well acted and directed and there is only a thin line between laughter and tears in the film. The scene where the horses run down to the beach and one of them falls is always memorable and just like in the book it proves prophetic. It‘s only been 15 years since it was premiered but I think it will score highly in lists of the best Icelandic film for years to come, thanks to Einar Már Guðmundsson‘s great story, which Friðrik Þór Friðriksson really managed to capture onscreen.”
Brynja Dögg Friðriksdóttir, Documentary filmmaker and Head of Publicity at Reykjavík Shorts & Docs Festival 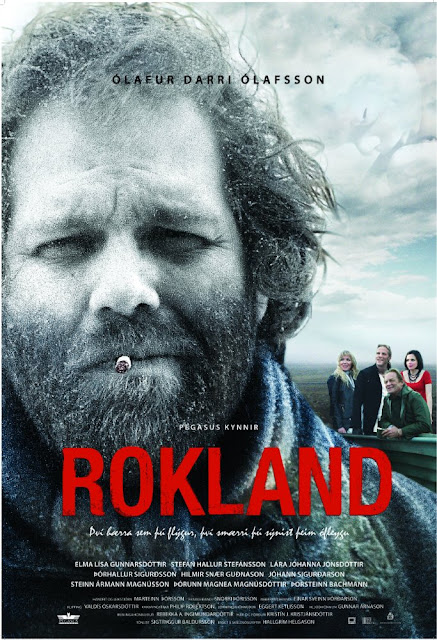 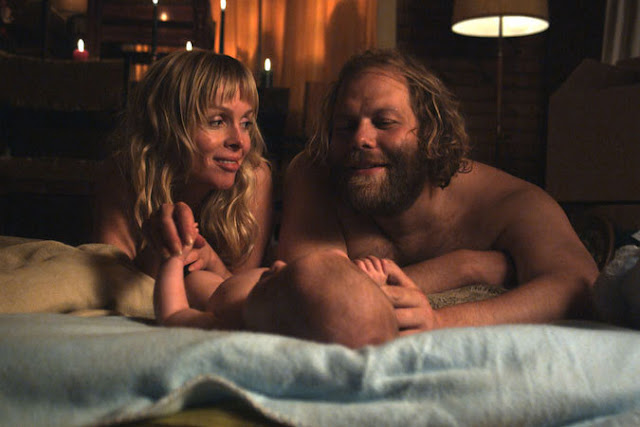 "Stormland is not necessarily the first crisis movie but it could well be the best, something that is rather surprising considering how little attention it got from both critics and audiences. But when you watch you’re met with a vibrant, controlled and fluid fictional world – and everything has it’s flaky rhythm. Laddi gives a bravura performance, Steinn Ármann is brilliant (and he’s only in the picture for three minutes), Ólafur Darri is amazing, and the script is tight, the view of the village is devoid of the usual oddballs, it’s grey and boring and all under the heel of some modern landlord who owns fisheries or a bank, and the heritage of the sagas haven’t been played with so well before in Icelandic films (although I’m not actually sure if I’ve ever seen that heritage put to entertaining use, except when Friðrik Þór filmed Njáls Saga). There is neither a happy nor poetic ending, everybody are still crumpled spirits and a bundle of problems, and not in a funny way, something I felt was fresh and fun to see when considering how many in the Icelandic movie biz have been running away from the uncomfortable things in life. Mockery and criticism in fictionalized visual media during the boom years did have it’s peak in TV shows where a anti-military anti-capitalist (commie that is) with five University degrees, whose promised land is Sweden, gets his putdown. As everyone will know thils personalized ideology was a very actual social factor in Iceland in 2007. Stormland however hits the spot on so many levels, which can in many ways be attributed to author Hallgrímur Helgason, but the adaptation manages to draw the best parts of the book out, create an independent whole, and is the best Icelandic film I can remember.”
Björn Þór Vilhjálmsson, film and literature scholar and critic 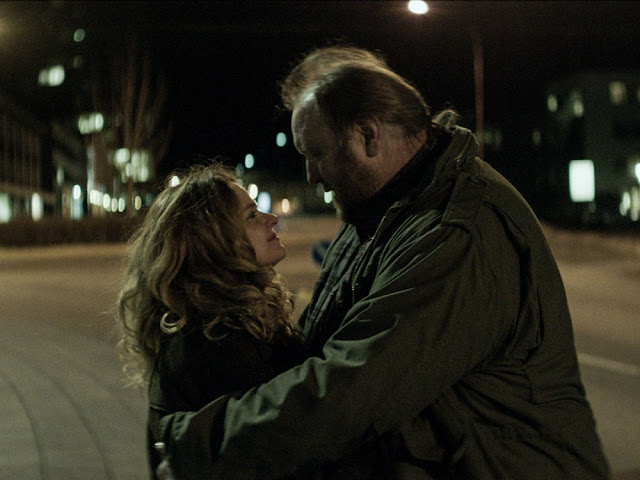 "A small story about a very large man, Virgin Mountain marks a return to his native tongue for the young Icelandic writer-director Dagur Kári following his 2009 English-language debut The Golden Heart. That film was marred by a seam of cloying sentimentality, where compassion shades into condescension. That same weakness also has a mildly corrosive effect on this otherwise charmingly offbeat rom-com, which is ultimately more com than rom"
Stephen Dalton. "The Hollywood Reporter"