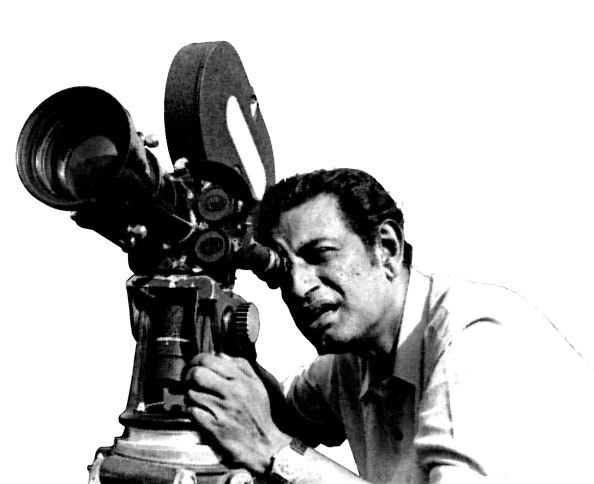 "I can't do all that Bergman and Fellini do. I don't have their audiences and I don't work in that kind of context. I have to contend with an audience that is used to dross. I have worked with an Indian audience for thirty years and, in that time, the general look of cinema hasn't changed. You'll find directors who are so backward, so stupid, and so trashy that you'll find it difficult to believe that their works exist alongside my films. I am forced by circumstances to keep my stories on an innocuous level. What I can do, however, is to pack my films with meaning and psychological inflections and shades, and make a whole which will communicate a lot of things to many people." 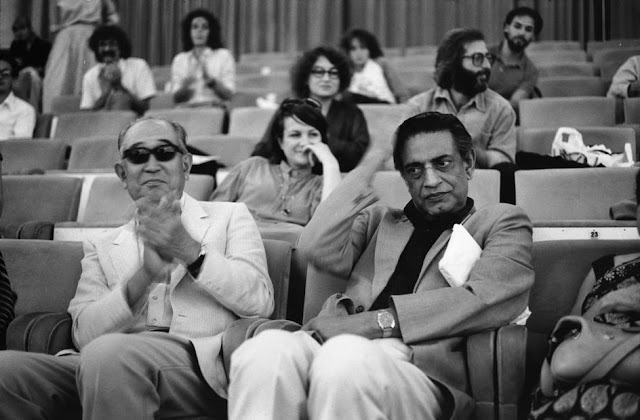 "The quiet but deep observation, understanding and love of the human race, which are characteristic of all his films, have impressed me greatly… I feel that he is a “giant” of the movie industry. Not to have seen the cinema of Ray means existing in the world without seeing the sun or the moon. I can never forget the excitement in my mind after seeing it (Pather Panchali). It is the kind of cinema that flows with the serenity and nobility of a big river. People are born, live out their lives, and then accept their deaths. Without the least effort and without any sudden jerks, Ray paints his picture, but its effect on the audience is to stir up deep passions. How does he achieve this? There is nothing irrelevant or haphazard in his cinematographic technique. In that lies the secret of its excellence."

In my understanding of Ray’a view on cinema, effectiveness alongside with realism pushes his characters to the all possible terrible ends to depict the human society and how transformations takes place inside the character and outside the view of the character...
Ray possibly speaks through his lens comparatively to his words, he projects the ones world connecting to the group masses as one can easily finds themselves and can lives there. This maverick creator showed the path of cinema in an edge to see and speak about craft of cinema. 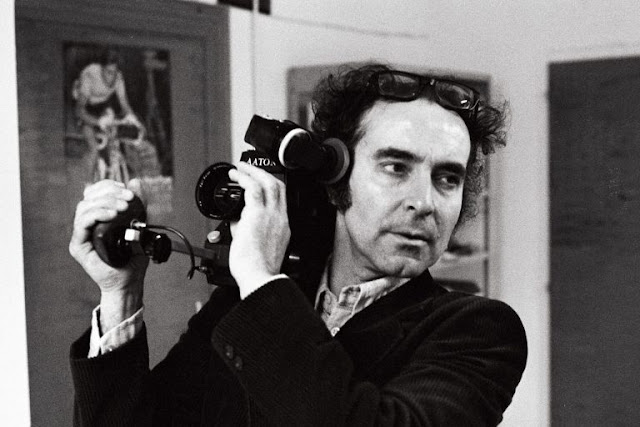 Once in the event of Cannes Film Festival, great Satyajit Ray said about Godard that his films have to be viewed in the way as one looks at the collage. The Ray's analysis seems right simply because his films are rarely about only "one" single thing. He elevates so many things to give the unique colour of multi-layerity by the consistent references to culture, history, philosophy, politics, art, literature and whatever that human mind can perceive. And just like collage, they may seem like unrelated elements are brought together which makes it difficult to deduce any "conventional" or straightforward sense out of it!

Ray as for his understanding of Godard ways is concerned. I just want to elaborate it specifically in the context of form rather than the content. I have always felt that a Godard film is like a gestalt and this word gestalt is worth understanding. It is a German word, used by a school of psychologists - Gestalt Psychology. You must have come across a certain picture in children's books, of an old woman, and hidden in the same picture is a young woman too. If you look attentively you will be able to see the young woman, and if you continue to look, the young woman will change into the old woman. Both take shape from the same lines, but the thing that is so special about it is that both women cannot be seen simultaneously. You can see both; first you saw the old woman, then you saw the young one, so you are now acquainted with both, but whenever you look, you will see only one woman, even though you know that the other is present. So now there is no question of ignorance, of non-acquaintance; but still, when you look at the young woman you won't be able to find the old one, and when you find the old one, the young one will disappear. You know that both are there in the same lines, but both cannot be seen together. This phenomenon is the Gestalt.

So, where does Godard's overcomplex work fits in the aforementioned framework of gestalt? The work of Godard is a bulky thing. It is almost crowded as his cinema is an epitome of too-many-things-in-one-film genre... and thus, unlike Tarkovsky, there is no pause or a moment which you can own to reflect upon. Tarkovsky is like a calm river whose ripples are felt after a narrow time space. But Godard is like a flooded river...rigorous, relentless and careless.He will punctuate the screen with awe-inspiring images coupled with intellect scattering quotes- either his own or from the repertoire of great philosophers. Meanwhile, you might hear a narration which has rarely to do anything with the plot of the film. He is just using the plot abstractly to express his own philosophy and viewpoints. Sometimes, you will also see a split screen, like in his Number one, where actions are happening on both the screens.

So, just like in gestalt, even though both the young and old woman are there, it's impossible to look at both at the same time, similarly, if you concentrate your faculties on the subtitles of his films, i.e, on the magic of words, you might miss the poetry which is inherently there in his images...and if you solely focus on the poetry of images, you might miss the magic in his words. But the truth is, they both are there. And that's the difficulty with Godard... and thus the popular notion that I don't like Godard. In hindsight, you will realize that you didn't understand it and that's why you didn't like it. But the crystallized ego of ours doesn't allow us to accept our incompetence in comprehending Godard. Maybe, that's why John Lennon said that don't criticize something which you can't understand!
Its my view on masters and their effective works on motion arts , who challenged many odds to recreate the other world while they believed one among other…

My salutes to the Masters...