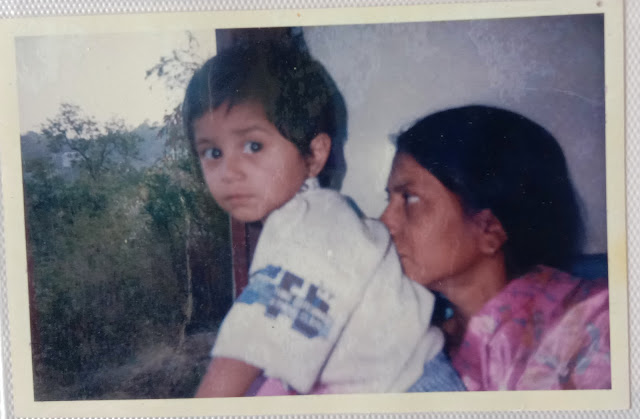 বিদিশা চক্রবর্তী - Bidisha Chakraborty (child) and her mom
কলকাতা - Kolkata (Calcutta) - India
I belong from an era where technology was just emerging. In India to watch a movie was though a bit luxurious before 18 years back but since my dad was in Army I owe that privileges and extensions. I remember really well the first movie I watched with my mom and dad in the movie theatre was ‘Mohabbatein’ means love in Hindi starring Amitabh Bacchan, Shah Rukh Khan and Aishwarya Ray; since I was young I couldn’t comprehend and keep on cross examining myself who were these people behind the screen? Where do they live? Why I can’t I touch them? Do they live in our city? The actors were such glossy and glittery figures, even the soundtracks of the movie seemed weird and awestrucking simultaneously. The plot was even complexed but now I realized that I was too young to catch the entire meaning. 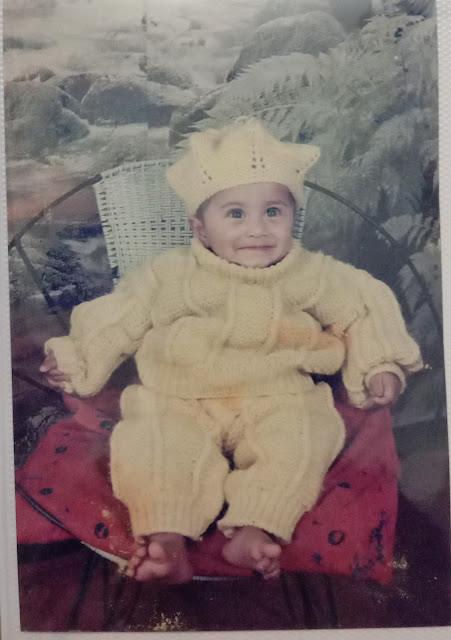 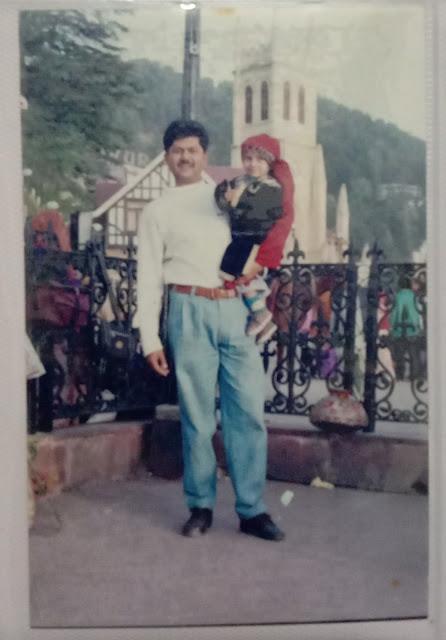 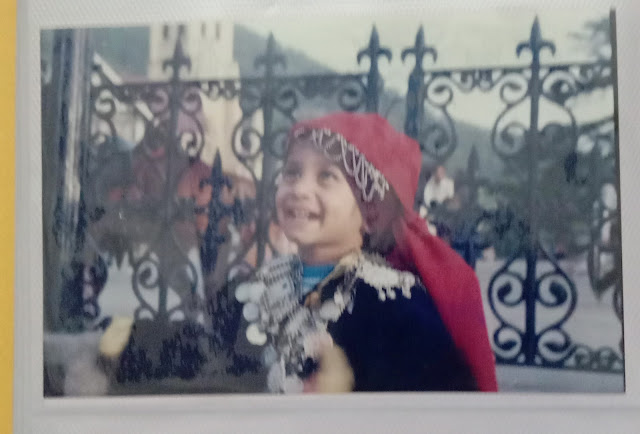 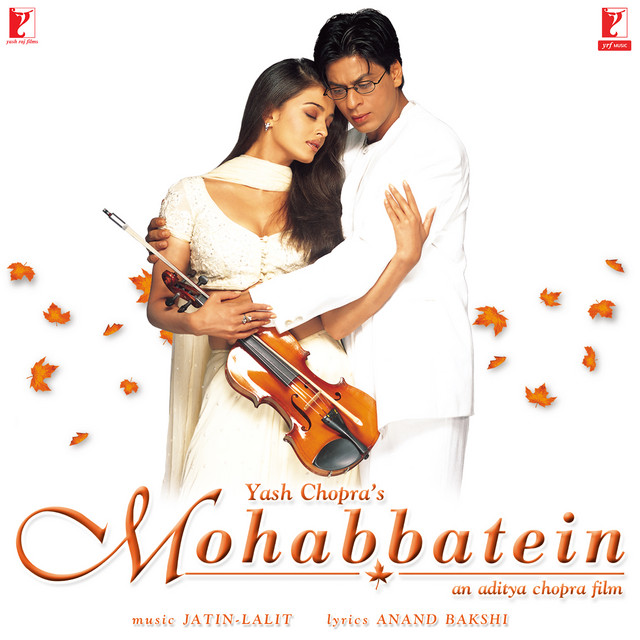 "मोहब्बतें" (2000). आदित्य चोपड़ा
"Mohabbatein" (2000). Aditya Chopra
Next I well remember was ‘Nayak’ and I was six years old, we had a black and white television, it was in the year 2002 and due to poor satellite connection, traditional technical demerits and poor technological outcomes only one national channel was available on TV; not to feel bored with our dinner and blur the time I went through the movie starring Anil Kapoor and Rani Mukherjee. And the foremost silly question hit me was why the actor has two girl friends? ha ha ha….I know sounds funny but naughty kid was turning a bit feminist. 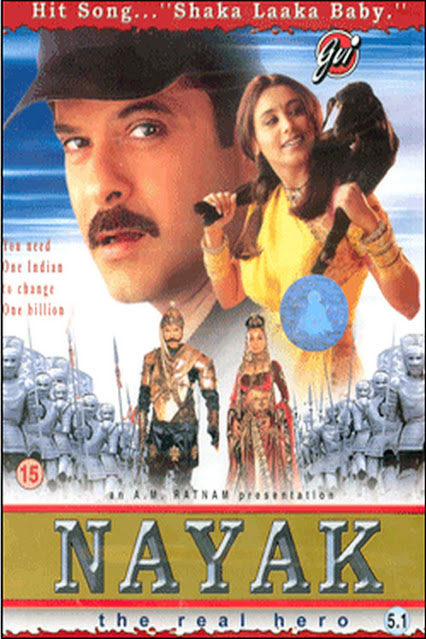 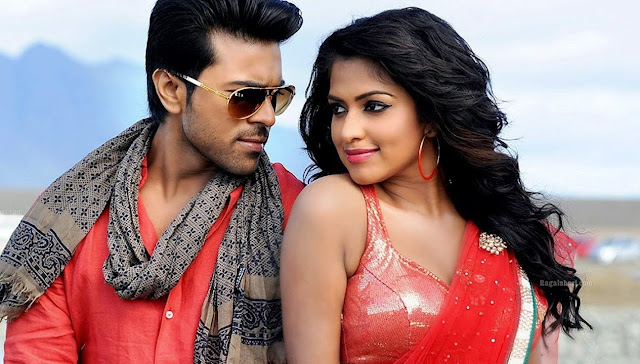 "नायक" (2001). एस शंकर
"Nayak" (2001). S. Shankar
From my very childhood I was mostly exposed to a non - Bengali culture due to my father’s transferable job but when dad finally get himself off from the military job we settled permanently in Calcutta which allowed me to enter into the gateway of Bengali culture especially towards the movies of Rabindranath Tagore’s adaptations like ‘Chokher Bali’, ‘Nouka Dubi’, ‘Chitrangada’ etc. We tend to visit movie theatre more often, the perks of having an apartment near movie theaters 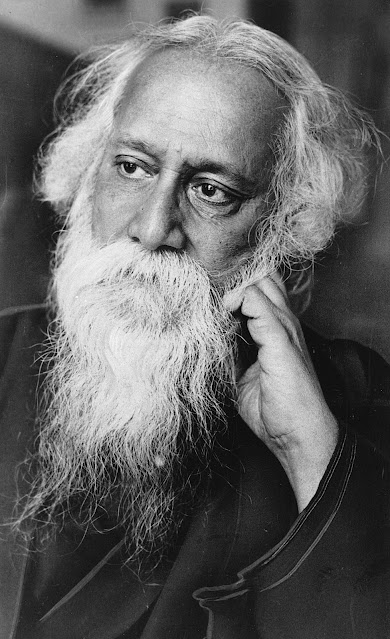 রবীন্দ্রনাথ ঠাকুর (1861-1941)
Rabindranath Tagore
Bengali polymath—poet, writer, playwright, composer, philosopher, social reformer and painter
I still remember the Bollywood movies like ‘Pardes’, ‘Kabhi Khusi Kabhi Gam’, ‘Kuch Kuch Hota Hain’ these certain movies I still don’t get bored of and love them the only difference was I understand the plot really well and they are virtually attractive to follow, they have an excellent backdrops which are embracing and lively to watch. Though I was well aware about the Bollywood and Tollywood (the Bengal film industry) movies I absolutely had no idea about something named HOLLYWOOD exits but I would really like to thank to Disney Channel and my cousin who introduced me to this unknown world about which I am still crazy. Disney movies and series nurtured my visual hunger and I realized that something beyond exists than BOLLYWOOD and TOLLYWOOD. 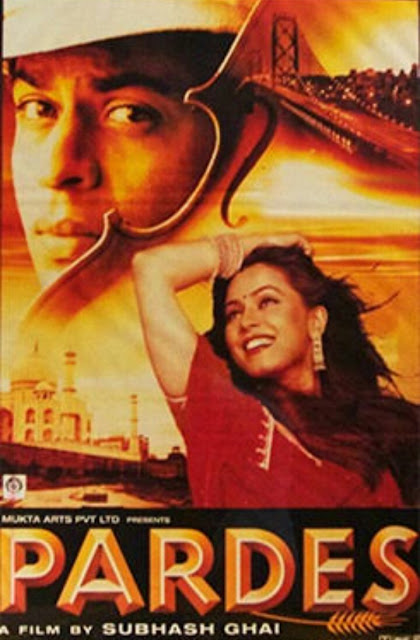 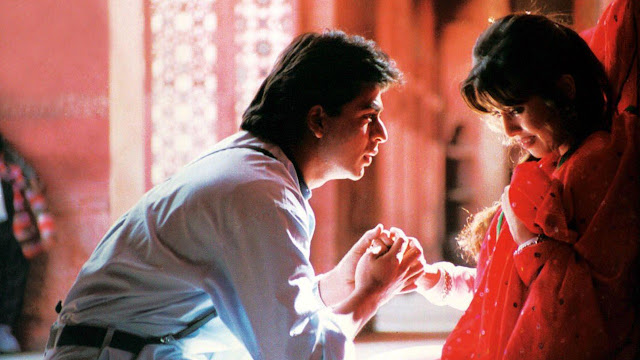 "परदेस" (1997). सुभाष घई
"Pardes" (1997). Subhash Ghai
But now standing at 24 I realized that I wish I had carried the similar intellect and maturity in my childhood that I had now then I could have understood the importance of movie plots or scripts, cast, setting which are nothing more than an extention of our real lives. The importance of recreation from Shah Rukh Khan to Tom Holland and my journey from childhood to adulthood is still immortal in objective reality. Though not a movie person nowadays but I reminisce watching the followings I mentioned above in my childhood

Thank you so much bro.. Please keep supporting.. Tora chara it's impossible re.. 🌸