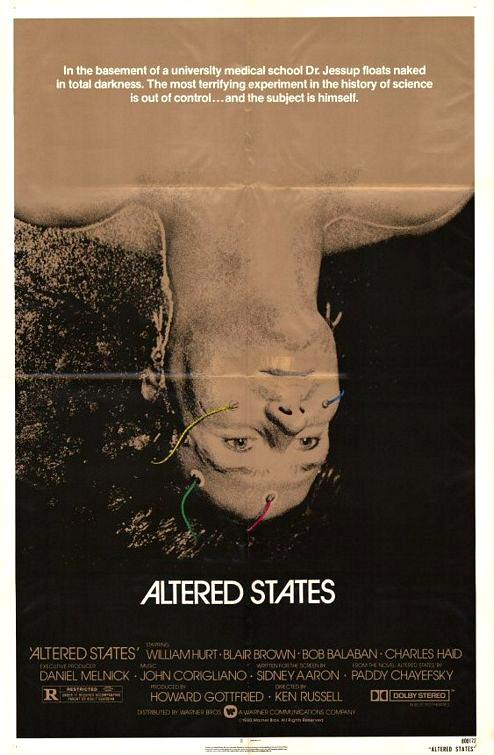 A psychiatric medication is a licensed psychoactive drug taken to exert an effect on the chemical makeup of the brain and nervous system. Thus, these medications are used to treat mental illnesses. Usually prescribed in psychiatric settings, these medications are typically made of synthetic chemical compounds. Since the mid-20th century, such medications have been leading treatments for a broad range of mental disorders and have decreased the need for long-term hospitalization, therefore lowering the cost of mental health care.

HISTORY
Modern psychiatric medication has advanced greatly in the past century. The reuptake hypothesis by Julius Axelrod involves the interaction among neurotransmitters, and forms the cornerstone of the development of modern psychotropic drugs.[5] His work allowed researchers to further advance their studies into the effects of psychiatric medication. Mental health medications were first introduced in the mid-20th century with the widespread introduction of chlorpromazine, an antipsychotic. The popularity of these drugs have skyrocketed since then, with millions prescribed annually.[6]
As of 2013, the 10 most prescribed psychiatric drugs by number of prescriptions were alprazolam, sertraline, citalopram, fluoxetine, lorazepam, trazodone, escitalopram, duloxetine, bupropion XL, and venlafaxine XR.[7] 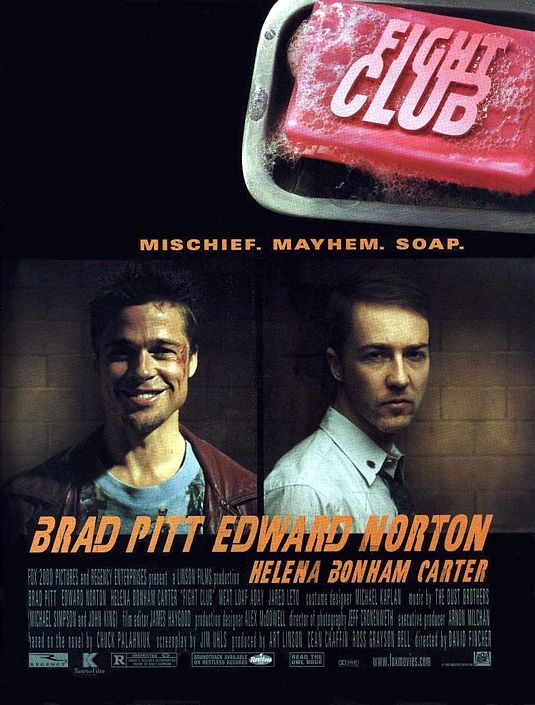 "Fight Club" (1999). David Fincher
Tuinal is the brand name of a combination drug composed of two barbiturate salts (secobarbital sodium and amobarbital sodium) in equal proportions.
Tuinal was introduced as a sedative medication in the late 1940s by Eli Lilly. It was produced in gelatin capsule form for oral administration. Individual capsules contained 50 mg, 100 mg, or 200 mg of barbiturate salts.
In the movie Fight Club (1999), Jack's narration refers to "red and blue Tuinals" when he sees the doctor about his insomnia

Psychiatric medications are prescription medications, requiring a prescription from a physician, such as a psychiatrist, or a psychiatric nurse practitioner, PMHNP, before they can be obtained. Some U.S. states and territories, following the creation of the prescriptive authority for psychologists movement, have granted prescriptive privileges to clinical psychologists who have undergone additional specialised education and training in medical psychology.[8] In addition to the familiar dosage in pill form, psychiatric medications are evolving into more novel methods of drug delivery. New technologies include transdermal,transmucosal, inhalation, and suppository supplements.[9] 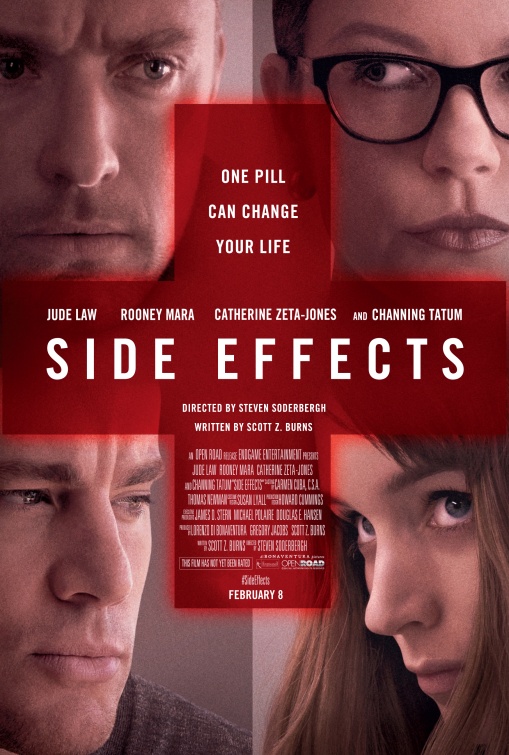 "Side Effects" (2013). Steven Soderbergh
"Efectos secundarios"
Side Effects is a 2013 American psychological thriller film directed by Steven Soderbergh and written by Scott Z. Burns. It stars Jude Law as a psychiatrist whose patient (Rooney Mara) murders her husband (Channing Tatum) after being prescribed a new antidepressant drug. Catherine Zeta-Jones co-stars as the patient's previous psychiatrist

Main article: Antidepressant
Antidepressants are drugs used to treat clinical depression, and they are also often used for anxiety and other disorders. Most antidepressants will hinder the breakdown of serotonin or norepinephrine or both. A commonly used class of antidepressants are called selective serotonin reuptake inhibitors (SSRIs), which act on serotonin transporters in the brain to increase levels of serotonin in the synaptic cleft.[12] SSRIs will often take 3–5 weeks to have a noticeable effect, as the regulation of receptors in the brain adapts. There are multiple classes of antidepressants which have different mechanisms of action. Another type of antidepressant is a monoamine oxidase inhibitor, which is thought to block the action of Monoamine oxidase, an enzyme that breaks down serotonin and norepinephrine. MAOIs are not used as first-line treatment due to the risk of hypertensive crisisrelated to the consumption of foods containing the amino acid tyramine.[12][13]
Common antidepressants: 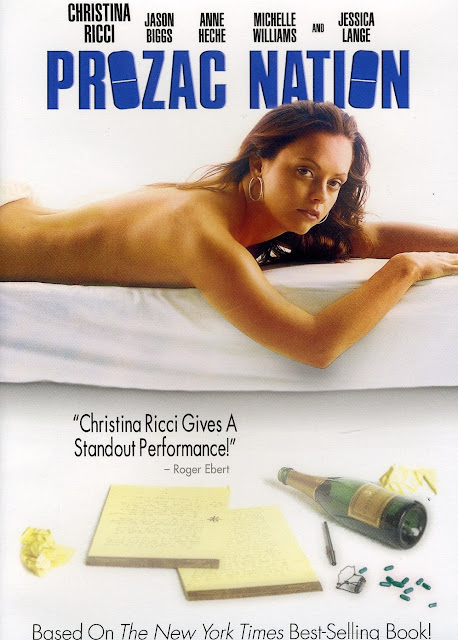 "A Beautiful Mind" (2001). Ron Howard
A Beautiful Mind is a 2001 American biographical drama film based on the life of John Nash, a Nobel Laureate in Economics. The film was directed by Ron Howard. It was inspired by a bestselling 1998 book of the same name by Sylvia Nasar. The film stars Russell Crowe, along with Ed Harris, Jennifer Connelly, Paul Bettany, Adam Goldberg, Judd Hirsch, Josh Lucas, Anthony Rapp, and Christopher Plummer in supporting roles. The story begins in Nash's days as a graduate student at Princeton University. Early in the film, Nash begins to develop paranoid schizophrenia and endures delusional episodes while painfully watching the loss and burden his condition brings on wife Alicia and friends.
"In the movie A Beautiful Mind, the main character John Nash suffers from paranoid schizophrenia, which alters his perception and expression of reality. The symptoms of paranoid schizophrenia include visual and auditory hallucinations, bizarre delusions, or disorganized speech, which significantly alters occupational and social functioning. Paranoid schizophrenia can be the result of acute traumatic events, environmental, or genetic influences. Areas of the brain that are affected by schizophrenia include the prefrontal cortex, temporal lobe, and the hippocampus. Excess dopamine produced in the mesolimbic pathway significantly exaggerates schizophrenic delusions and cognitive abnormalities. This dopamine theory of schizophrenia was discovered by the exaggeration of psychotic behavior under the influence of amphetamines (which causes a cascading release of 5-hydroxytryptamine and dopamine), and a recession of symptoms after taking selective dopamine inhibitors and selective serotonin production inhibitors. Another neurochemical pathway associated with schizophrenia is the NMDA (N-methyl-dextro-asparate) receptor" (https://drugs-forum.com/forum/showthread.php?t=75645) 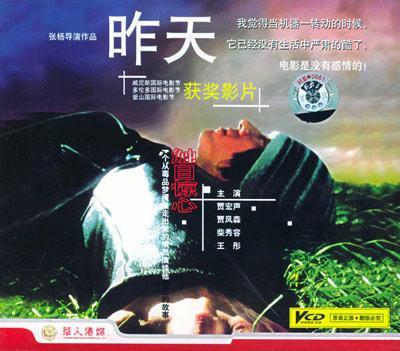 " 昨天" (2001). 张扬
"Quitting" (2001). Zhang Yang
This film depicts the challenges and pain of detoxifying outside of a structured hospital environment. Anxyolitics such as Valium, Librium and Xanax used to reduce the severity of the effects of detoxitification

Main article: Mood stabilizers
In 1949, the Australian John Cade discovered that lithium salts could control mania, reducing the frequency and severity of manic episodes. This introduced the now popular drug lithium carbonate to the mainstream public, as well as being the first mood stabilizer to be approved by the U.S. Food & Drug Administration. Besides lithium, several anticonvulsants and atypical antipsychotics have mood stabilizing activity. The mechanism of action of mood stabilizers is not well understood.
Common mood stabilizers:[citation needed]

Main article: Stimulant
A stimulant is a drug that stimulates the central nervous system, increasing arousal, attention and endurance. Stimulants are used in psychiatry to treat attention deficit-hyperactivity disorder. Because the medications can be addictive, patients with a history of drug abuse are typically monitored closely or treated with a non-stimulant.
Common stimulants: